What is a Neonatal Nurse? 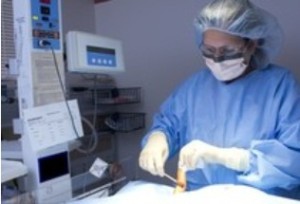 The neonatal nurse is one of the health care professional and expert who is taking care of the infants in the first 28 days of their lives. This time is very important for the newborns and the help that is given is essential and important and helps a lot in the development stages.

As a neonatal nurse, you’ll offer a special care to the infant. The care you offer will depend a lot on the gestational age of the baby, the method that was used during delivery and of course depending on an overall health.

The care will vary according to each level depending if it is critically and the neonates are very ill in this case involving an intensive care. Other cases that a neonatal nurse relates to are cases of neonates that are perfectly well and sometimes they are in the nursery when they do not share the room with their mom and dad.

Job Description of a Neonatal Nurse

The duties of a neonatal nurse vary from the levels that she is operating in and in the hospital facilities there are mentioned three nurseries. Those who are working on the first level of the nursery will dedicate their daily job to take care of the infants that are healthy. A level two nursery is dedicated on an entire time basis to those infants that have a special care or an intermediate need of care. The babies who are premature usually need more time to achieve a normal maturity.

Or there are other infants that will need a supplemental dose of oxygen, or even they will need a special diet. The last level of a nursery that is level three implies the neonatal intensive care unit or else known as NICU. Here are kept the infants who are in need of the highest level of care. These last level three nurseries are usually found in the specialized children’s hospitals or those hospitals that are large.

The newborns who are admitted on this level are dealing with sickness, or they are underweight or they were born prematurely. The specific neonatal nurse job duties will involve a day by day work with patients who are in need for specialized equipment that can be either ventilators or incubators.

A neonatal nurse must be able to administer and properly calculate the dosage of medication, perform CPR also known as cardiopulmonary resuscitation and be able to connect intravenous lines. These professionals will perform a number of various tasks with the patients that can include performing tests, or providing the right treatment.

They will also have to document themselves upon the history of their patients as well as being able to run the necessary equipment. In their duties, you’ll find that they will educate and comfort the families of the patients that need a proper education.

How to Become a Neonatal Nurse?

Here are a few trails that will help you advance on the latter of knowing the necessary details and information to advance in becoming a neonatal nurse. If your dream is to become a neonatal nurse and you like having to deal with newborns then don’t wait any longer and start right away.

A great neonatal nurse will need to know math and science from high school. Your attention needs to be on subjects such as calculus, chemistry, algebra and biology. Your undergraduate college studies should be well comprised of two years of foreign language, math and science should be learned in three years, and with four years you should really be good in English classes.

The minimum requirement for a neonatal nurse is to obtain an associate’s degree in applied science. The schedule will last up to two years, and it can be completed at a community college or a junior college. Earning an associate’s degree is great but try to get also a bachelor’s degree if you truly want more career opportunities.

A BSc in nursing degree curriculum or a BSN (how it’s also called) usually lasts up to four years, and you’ll get the opportunity to a better salary. In this training program, you’ll learn how to administer shots, and how to provide the necessary and the basic care of the patients that you are dealing with.

Your coursework will be combined with the clinical experience that will help you discover several hospital settings. As a neonatal nurse, you’ll have to be registered this involving the four-year bachelor of science in nursing degree. If you require what is best for you and your future career try to maintain an above 3.0 average grade in college.

You must successfully pass the NCLEX exam that is usually given before you earn your license. With this exam, you’ll be able to be registered with the right to practice. There are still some states that have some agreements on the licensing with others. The best option is to inform yourself upon the Board of Nursing that can be found in your state to learn what you should do to be qualified for the NCLEX exam.

To be able to continue to practice as a neonatal nurse with your associate’s degree or your bachelor’s degree try to keep learning and continue your education. If you want to become a Neonatal nurse practitioner, you will need to continue the educational line by gaining a master of science in nursing degree or else known as an MSN.

You can beneficiate by this degree by following the courses of an APNN program else known as an Advanced Practice Neonatal Nursing program. This type of program is usually provided by many nursing schools with a length of two years. The two-year training will equip you with the necessary knowledge for the licensure of a nurse practitioner (NP) or as a CNS else known as a clinical nurse specialist.

The last step on your journey after completing the nursing school training is to become certified by the State Board of Nursing. Alternatively, you could obtain the national certification from an agency.

The working hours of a neonatal nurse are around the clock. They can work like any traditional schedule, or they will be solicited to work in weekends, nights and even holidays. A neonatal nurse can be found working mainly in hospitals or other healthcare areas or facilities.

Pros and Cons of Being a Neonatal Nurse

The job satisfaction level will deeply depend on the cases that you handle. For those who are taking care of newborns that are healthy and they see how they grow strong every day, this type of work is a blessing. They get to share every moment of their improvement with the parents of the newborns. There is a joy to be shared seeing the infant’s progress. In the critical cases, there are newborns who struggle a lot and with this the work is starting to be harder and harder, and even more stressful.

The neonatal nurses understand all this situations, and they are being prepared ahead or even on the road as they obtain and gain experience but mainly their work in general lines is can be very rewarding and satisfying.

The cons in this job relate to each and every family and their newborns this involving more stress and demanding. Neonatal nurses must learn how to handle the difficult situations and how to handle them especially if an infant is sent from the labor room to the NICU.

This will add pressure and stress since there is the part that starts with providing the intensive care. You will have to learn (being a neonatal nurse) to control your emotions and be able to take the right decisions and be able to maintain in everything that you are doing a high note of professionalism.

Parents of critically ill newborns are very desperate, and they are often very demanding so these professionals must learn how to handle these types of situations and more other. Another factor that can be seen as a con is the fact that a neonatal nurse is most of her time on her feet, and they constantly move a lot taking care of a few newborns.

This job can be physically very demanding since the shifts can be rated at 12 hours, and there are rotations during the day and night. It is mainly because the newborns are required to be monitored around the clock.

The employment job growth for a neonatal nurse for the next five to ten years is predicted at a 31% rate of increase according to the U.S. Bureau of Labor Statistics, faster than all other average occupations. With a rate like this, that surpasses other increase rates such as those of registered nurses or other professionals working in the same field.

The job satisfaction is great, and the increase factor is determined by the number of demanding as well as the characteristics of the job itself. Since the baby boom population is rising more and more, the need of care for infants and premature babies that have gone full-term is more and more acute.

The aid of these neonatal nurses is always welcomed for these critical cases of babies and their families that need to be educated on knowing what to expect with their infants. A neonatal nurse can find work in a variety of settings that allow them with great working opportunities where to choose from such as traditional hospitals, maternity wards, private or women’s clinics and other facilities as well.

The neonatal nurse salary in the United States for someone who just started in this field can be estimated at a median national average that reaches $50,243 per year. A neonatal nurse salary will vary according to several influential factors such as from state to state, the location and the years of experience.

Salary of a Neonatal Nurse in 2015

In the United States, the median yearly salary of a neonatal nurse for the year 2015 is still the same being comprised between $45,154 and $90,124 per year. The salary will differ based on each state and the geographical location, and the years of experience that are of great impact in this job. The benefits in this fields can also be found in the bonuses that are given and in the profit sharing.

The median income in the US, for the year 2016, of a neonatal nurse is estimated at a median average that reaches at 66,010 per year, according to the salary prospects offered by Indeed. This wage can also increase with additional academics and experience gained.

The main factors that affect and impact a neonatal nurse salary are mainly based upon the demographic one- such as geographical location, state, city, region, as well as the type of employment, years of experience, qualification and training, industry and the company size in which one individual is working. The earnings as early reminded tend to differ from state to state, city to city due to two main factors such as the costs of living and the living expenses in that particular area or region. There are also fluctuations in the economic market due to the higher and lower points that are to be found in one’s individual income.

According to the PayScale, salary data survey from 2016, a NICU or else known as a Neonatal Intensive Care Unit Registered Nurse tends to earn a national average salary of $60,308 per year while a neonatologist can expect at an income that usually gets around $207,083 per year. A neonatal nurse practitioner or else known as an NP can expect to gain around $92,319 per year while a Nurse Case Manager can expect to take home at around $69,559 per year.

In some nations such as US, Canada, and others the years of experience have a word to say. Neonatal Nurses will always be in high demand since the newborns rate is constantly maintaining since there are many parents who desire to have children.

The job opportunities and ways to advancement are still constant and very present, and the benefits will never miss.