What is a gastroenterologist? 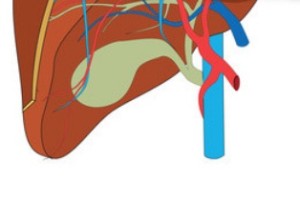 This is the physician who specializes in treating your digestive system which consists of your stomach, pancreas, intestines, colon, rectum, bile ducts, esophagus, liver, and gallbladder. They will treat and prevent the occurrence of many different digestive conditions such as heartburn or acid reflux, irritable bowel syndrome, colon polyps, pancreatitis, peptic ulcers, hepatitis, gallstones, diseases of the bile tract, colitis, etc.

Job description of a gastroenterologist

How to become a gastroenterologist?

To become a gastroenterologist will involve many years of college and specialized training which includes knowing how to use an endoscope. This is an instrument in which you would use a thin long tube that has a tiny camera and a light on the end. It is maneuvered around in your body so the gastroenterologist can get an up-close and clear view of your internal organs along with using it for several different medical procedures like getting a biopsy to test for cancer, to remove polyps in your colon, to help fix internal bleeding problems, etc. But before you can get that specialized training you need to become a board certified gastroenterologist.

As with most all medical careers if you know you are going into the medical field you should take all the science and math classes you can while in high school. There are many different steps that you must climb before you get your degree. Here are the steps you must climb.

In addition a person who has decided on a career as a gastroenterologist should also have strong leadership and communication skills, have patience and empathy, problem solving skills, and the ability to pay attention to detail.

Once you become a board certified licensed gastroenterologist you will be required to continue your education in order to renew your certification and license. To do this they can take advanced courses in subjects like gastrointestinal oncology, nutrition/obesity, and esophageal disease.

As stated a gastroenterologist gets most of his patients referred to them from the patient’s private physician. This basically means that the patient may already be experiencing some type of problem in their digestive system so it is the gastroenterologist’s job is to figure out exactly what the problem is. They will usually perform tests along with doing procedures such as colonoscopies and endoscopies to find out what is the cause of the patient’s problem. Once the correct diagnosis is made the gastroenterologist will help to improve their overall digestive health by prescribing medicine, having them change their diet, etc.

In addition to having their own practice they may also work in clinics, in a group practice, or in hospitals. If they work in hospitals it is a possibility that they could be on call in case an emergency case came in needing a gastroenterologist to fix a digestive problem by doing surgery. If they have their own private practice or work in a group practice they will generally work 4-5 days a week and often work more than 40 hours spread out over the days they work. On a typical day a gastroenterologist will see 20-25 patients which can include doing procedures and consultations. If they have a patient in the hospital they will also have to do hospital rounds. Most of the time they will spend their time between the exam rooms seeing patients, recording the patient’s complaints, diagnosis, any tests done, procedures if any, and what the treatment is in a patient’s chart, and physical exams on the patient.

There are also some gastroenterologists who see patients on certain days during the week and have surgeries scheduled on the other days. It is a very detail-oriented job which at times can be stressful so you need to have a calming demeanor to help their patients through procedures that at times can be difficult.

Pros and cons of being a gastroenterology

This area of healthcare expertise will provide you with some top advantages and you’ll get various opportunities of work to benefit from and find that balance that you need in the line of gastroenterology. If your dream is to work in the area of gastroenterology, you should be aware that to fulfill this dream you’ll have to study a lot. Also, you need to have all the education that is needed to be able to practice. First, you’ll require a Bachelor’s diploma and the running on this path starts early with graduating from high-school.

To enter to a graduate school is not so difficult, and you don’t need a pre-med major like many will add. Still, you need to fulfill the prerequisites that are needed for the school that you’ve enrolled in. You can continue on this path by enrolling to a medical school, but first you’ll need to study to take the MCAT (Medical College Admission Test). Then, finally you need to graduate and move on, and you’ll need to earn a necessary minimum score for the school you belong to.

With other words, the process of study is long, and many of these programs will be costly. So, you’ll probably have to loan money and at the end of your years of education you’ll have a debt to pay.

You’ll need as well to possess interpersonal skills, to easily empathize with the patients and be honest, have integrity and many other skills. Another pro is that you’ll be there helping people, and it’s a very rewarding job and at the same time you’ll never get wearied with your job and this career.

The cons in this job are related with the job itself and the environment that many times are stressful. The pressure is due to having to switch between tasks and having to adapt to all the changes that develop on a daily basis.

Many gastroenterologists based on some surveys present a great job satisfaction in this field and enjoyable work reviews. This based career is very pleasant because many of these professionals like the combination that is offered in an office: treating the patients as well as various performed procedures. The procedures that are diagnostic or therapeutic can be taken depending on the working site of the gastroenterologist within the area of a hospital, endoscopy suite or a surgical center.

According to the BLS else known as the U.S. Bureau of Labor Statistics for the next ten years or so there is a job growth projection for all the Physicians and Surgeons, including the gastroenterologists that has a job growth rate projected at 18%. Considered to be faster than the average for all job occupations. There will regularly be a huge number of demanding in this field due to the healthcare that it provides of combating gastrointestinal disorders and illnesses.

This is a specialized type of medical profession so the average salary in the United States can be very high but there are many factors that also figure into the actual salary a gastroenterologist might make. Some of the factors include how many years they have been practicing, the city and state where they are practicing, their specialization if any, if they are working in a private or public sector, if they are working in a hospital, have their own practice or in a group practice, etc. There are also many benefits that can be included in their salary package such as health care benefits, vacation days, sick days, personal days, paid holidays, 401K, pension, social security, etc. If the gastroenterologist is “self-employed” they do not have all these benefits but have expenses instead like paying staff, paying rent on the building where their practice is, malpractice insurance, office furniture and equipment, etc.

Salary of a gastroenterologist in 2015

The gastroenterology area will allow you to gain more money. The salary will depend on the number of demands that you receive such as patients visits, the years of experience, the facility in which you are working and the geographical location. A professional working in this area with two years of experience can earn a salary that can reach $267,000 per year. A gastroenterology specialist with four years of experience will earn a salary that will encompass $348,010 per year. Benefits also come, and many of these professionals will benefit from paid vacations, medical coverage, and sick days.

With the number of demanding growing and with the opportunity of careers being found in many facilities, gastroenterology has a clear passage for the year 2015. The salaries will continue to grow due to the numbers of factors mentioned earlier.

In the U.S, the income of a Gastroenterologist for the year 2016 is presented as having great figures. The median income of these professionals is estimated to be at around $297,592 per year. The salary is mainly influenced based on several major factor that impacts this group. In this field the major factor that affects the earnings is the demographic factor- geographical location followed by the career length. Other factors that affect the income are the type of employment as well as the years of experience in the field.

The income varies as well according to the type of employment. For instance gastroenterologists that are working in healthcare organizations, have the highest incomes that reach at around $434,010 per year, while those that are hired in solo practices take home an estimated income of around $340,010 per year. Gastroenterologists that found work in academic settings can expect to take home an estimated income that reaches around $236,010 per year.

The way that a gastroenterologist’s salary is based in Australia is per consultant which averages AU $120,000. This does not include any procedures that they have done, any tests run, etc. If they have a private practice then they would get paid for every consultation but if they work for a group practice the consultations that are done each day will be divided between the numbers of gastroenterologists that are in the practice.

Gastroenterology is a job that at times can be stressful at times. When you look at everything and see that a gastroenterologist just getting his license and starting to practice can make over $100,000 yearly on average and within three years you can have a yearly salary on average of $350,000 it is a lucrative career choice but what you will make depends on many factors.