What is a radiation therapist? 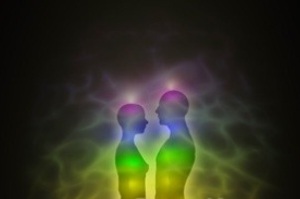 They are a medical professional that works primarily with patients that are being treated for cancer. In Canada, Australia, and the UK they are more commonly referred to as Radiotherapist or Radiation Oncologist. In the United States they are also referred to as Radiotherapist or Therapeutic Radiographers. Being a radiation therapist is a very vital medical professional in the oncology department in various healthcare facilities and hospitals. They will work with other health care professionals like nurses, nutritionists, radiation oncologists, and other radiation therapists.

Job description of a radiation therapist

Some of the other jobs that a radiation therapist will do can include:

There are also several specialties that are available to a radiation therapist. Two of those are:

How to become a radiation therapist?

When choosing a radiation therapist program you should choose a program that is accredited by the American Registry of Radiologic Technologists (ARRT). One of the main reasons to choose an accredited radiation therapist program is that you can become eligible to be licensed in any of the 50 states instead of being able to only be licensed in the state where you are student if you enroll in a non-accredited program.

In more than 30 states it is a requirement that a radiation therapist must pass state board exams to become licensed in their field. There are also some employers and/or states that require a radiation therapist to be certified by the American Registry of Radiologic Technologist (ARRT). To get your certificate you must pass a 200 question exam that covers treatment delivery, patient education and care, clinical concepts in radiation oncology, quality assurance, treatment planning, and radiation protection and meet certain ethical standards. This exam has a $200 exam fee that the student must pay. After getting your certification you can use the title Registered Radiation Therapist. This certification has to be renewed every year.

Because the patients that you will be working with are dealing with cancer you must be empathetic to the suffering of others and still be able to maintain a professional demeanor. You must also be able to lift and move patients that are disabled by their cancer. Radiation is considered a hazardous material that they must work with so they must be meticulous in following the safety procedure guidelines.

In Canada there are some provinces like British Columbia, Ontario, and New Brunswick that do not offer hospital-based radiation therapist programs. In the UK you can enroll in master’s degree programs in therapeutic radiography and a three year program.

Most radiation therapists work in cancer treatment centers, physician offices, and hospitals. They also work regular hours Monday-Friday as patients will normally have their therapy treatments booked way in advance. What time their work day starts can vary. They may have an early start of 6 a.m. or later and work until 5 p.m. or a little later. It all depends on where they are working. It is very unlikely that a radiation therapist will have to work evenings, holidays, or weekends. The area where you work will be clean and sterile and will usually have a table that the patient lays on to receive their radiation treatment. A radiation therapist will also be on their feet most of the day which can be fatiguing so you need to make sure that you can stand and walk for long periods of time. Because there may be lifting of the patient most radiation therapists work in pairs in the treatment room.

Pros and cons of being a Radiation Therapist

The best rewarding that will make this career an excellent choice especially if you like and you love working with people is being able to stay by their side as they are fighting cancer. Your help will be more than welcome.

Your work will be conducted only during the day, this being a huge pro since a lot of other health professionals work during evenings or have to do night shifts. With an above average growth in this field, you can expect that the job prospects and opportunities to be plenty and very good.

However, if you are not careful, this job can be pretty heavy sometimes. You’ll be dealing with patients that are sick and have a serious health condition, and due to the cancer that they deal with many of them will be stressed.

Your attitude towards them and their whole situation has to be calm and very supportive, especially be very positive all the time. The con that will rise in this field is linked with your daily tasks and duties that assumes that a lot of your time you’ll have to spend on your feet and to walk around.

Working with radioactive materials assumes many times that you’ll be very exposed, and you have to take all the measurements so that your patients and you are not too exposed. With all these, the educational requirements assume owning an associated degree, and once this is completed obtain a license.

With the job competitiveness nowadays becoming more and wider open many of the future Radiation Therapist will obtain and complete a training program that will lead them as well to a bachelor’s degree. These years of training will give them access to the world of science and will allow them to learn and gain knowledge in courses that involve anatomy, research methods, and psychology. Courses, that at the end of their training, will help them a lot when dealing with various types of patients and unexpected situations that might occur.

The employment growth for radiation therapists for the next ten years or so, has a potential projection of 24%, according to the U.S. Bureau of Labor Statistics. These job growth prospects are mainly influenced by several factors such as the growth of the elderly population where the risks for cancer grow as the people age, along with the various development of treatment techniques.

Radiation’s therapists major employees are health care institutions and facilities such as hospitals, physician’s offices, outpatient care centers and other as well. The job satisfaction in this field according to numerous surveys is great since these professionals play an important part in the medical field. Even though working with patients that are dealing with cancer hard and sometimes very hard, this job has a very rewarding side as well.

When deciding where to work you need to look at the benefit package as this will also add to your average annual salary. The benefit package should offer paid vacation and sick days, paid holidays, vision and dental care, life insurance, medical insurance, 401K, pension, social security, profit sharing etc. Some benefit packages also include disability insurance and reimbursement for training, re-certification fees if any, tuition for continuing education courses. There are also some radiation therapists who receive bonuses. If your benefit package includes profit sharing you could add $2,896-$3,104 to your average annual salary. Bonuses can be as high as $1,979 per year.

As with some other medical professions the pay can also be considered based on gender. It appears that women make more than men with a woman’s average annual radiation therapist salary $51,219-$90.528 and a man’s average annual salary being $46,000-$89,669.

The average annual salary according to the degree a radiation therapist has is:

Salary of a Radiation Therapist in 2015

The median salary in 2015 of a radiation therapist is estimated to reach about $76,634 per year while the average expected salary in United States is about $74,982 per year. These salaries are mainly influenced by a number of factors.

The level of experience, as well as the geographic location, the work setting, , and the advanced qualifications will determine the income. Your salary is also influenced by the lower and the higher points that can be found. A higher income can also be achieved according to the state in which you work or the type of employer, the area in which you are working.

The lowest income in this field usually reaches about $51,212 per year or even lower while the highest income that is generated can reach about $112,546 per year and even higher than this. With the number of demanding increasing, Radiation Therapists have a very good job prospect as well as work opportunities.

The median average hourly rate for a radiation therapist, in the US, for the year 2016, tends to be estimated at around $31.01 per hour while the median income reaches around $66,455 per year. The starting point in the incomes of these professionals tends to vary from $44,675 and up to $89,295, according to the salary data information given by PayScale.

A radiation therapist receives bonuses usually that reach up to $2,027 while the profit sharing that is granted reaches at $3,005. This leading in the end with all these benefits added, at a total payment that is situated from $49,607 per year and up to $90,843 per year.

The salaries of these professionals are impacted by various factors such as the demographic factor-place of residence, state, city, as well as the type of employment, years of experience in the field, company size and other. The skills that mainly affect the payment for this particular group can be found in Simulation, CT or else known as Computer Tomography, and Radiation Therapy.

The level of experience as reminded earlier has also its attributes and influence when it comes to the earnings. An entry-level, radiation therapist with less than 5 years of experience at the working site will take home around $61,010 per year while one with a longer practice at the working site, from 5 and up to 10 years can expect to take home around $69,010 per year.

The national average income is estimated at $66,533 per year. The best city when it comes to the geographical location factor, where these professionals receive an above the average income can be seen in New York. The total median payment for these specialists, in New York, reaches at $82,172 per year with a range estimated from $51,065 and $104,732, without any of the benefits added. The salaries usually vary from state to state according to the costs of living and the living expenses that are found in those areas.

According to the U.S. Bureau of Labor Statistics they are predicting that majoring in radiotherapy and becoming a radiation therapist the job opportunities are going to grow faster than average from 2010-2020. With the rising rates of certain types of cancer and the aging population radiation therapists are going to be in big demand. They are expecting the growth rate to be 24%.

In addition to the radiation therapy salary you also need to look at the benefit package as this will only help to increase your average yearly salary. As you are nearing the end of your program start to look for a job. It may even be possible that you can find an internship that will turn into full time employment after you graduate, become licensed, and get your certification. Being a radiation therapist you will not only have a good salary but job security.