What is a Case worker? 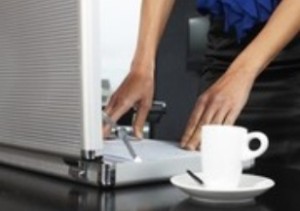 A case worker (or social worker) is a person who is interested in improving the quality of other people’s life and their well-being. The profession itself is entirely dedicated to helping those who are marginalized in the society and in the communities as well as those who are oppressed.

The social work is a profession and at the same time a discipline in academic terms, which means you involve into several aspects of life. Some of these aspects are: to improve life, and the grounds of individual, family, couples and well-being through a diversity of factors that link with people. The factors are policy, research, intervention in periods of crisis.

The teaching in this profession is addressed on behalf and for the benefits of those who are affected by poverty, or they are confronting with mental disabilities or physical illnesses. Their role is also to address to the main problems of social injustice such as the violation of human rights and the individual civil liberty.

Job Description of a Case Worker

Overcoming a difficulty is not always easy especially if you don’t have the necessary resources or you don’t know how to act in your favor or how to find the right help. The role of a case worker is to help individuals that are confronting with personal issues, by giving the necessary support, advice, and resources.

A case worker can work in specializations involving either adult or child care from a social point of view. Their target involves specific groups that will range in age. Their clients will vary from elderly, children, and people that are confronting with mental health problems.

With other words the main duties of a case worker include counseling their clients, giving advices, offering appropriate care, benefits, and resources. They will get involve in establishing a relation or an appropriate relationship with the relatives, their colleagues and with other specialists.

A case worker’s duties involves having the capacity and the skill of budgetary and the management of the administration. They will also attend in court cases, or they will offer a contribution in court cases. Working as a Case worker involves a lot of responsibility and commitment, among other skills that are required in this profession such as having patients with their clients, being flexible.

Working with clients from various social settings and different communities assumes from a Case worker the ability to cope well with traumatic and hopeless situations. He also needs to possess analytic skills and to be able to offer clear and accurate solutions to the problems.

How to Become a Case Worker?

If your desire is to become a case worker and you like a lot to help others, then here are some practical steps that will help you enter this profession. And then later on, you can choose the right specialization. Advancing on the ladder is not that difficult with the right determination and a clear focus.

Being a large range of career paths in this profession you can easily choose and focus on a certain specialization. For instance some of the future case workers might decide to work with all types of people while other will concentrate on specific groups in communities.

Deciding where you want to be involved and in which setting will influence your post-secondary education. Like in any other entry level you’ll need to complete a four-year bachelor’s degree in social work or a similar field.

If you already possess a two years associate’s degree, then you can ask for transfer of your credits and be able to finish early with two years. Having a bachelor’s degree will allow you to be prepared for positions such as caseworker or even mental health assistant, this could be a great starting point.

The majority of employers will only ask for students to possess a bachelor’s degree but if you want to advance and to enhance your job opportunities there are some majors that will prepare you in this field. Planning a career and a developing a profession in the social work gives you a lot of benefits since there are many degrees where to choose from.

Your dream will come true easily if you start informing yourself and deciding on which field you want to develop and grow. There are various institutions that will provide you with a proper guidance in becoming a case worker and the required programs.

For instance, if you’ve obtained a bachelor’s degree in social work then you’ll gain the necessary knowledge and skills for working with all kind of people. And this will allow you to choose from a variety of jobs. The schools programs are based on courses that usually include social and natural sciences and in the humanities. You’ll have the possibility to develop skills that involve advocacy, and you’ll learn professional ethics.

Another tip that will help you a lot is related to the degrees in similar or related fields. You can possess an undergraduate degree in psychology and be able to orient yourself in a career in clinical social work. If you have a degree in education and you want to be a case worker, then you can appeal to work as a school case worker or with adolescents or even children.

If you crave to become licensed as a clinical case worker, then you’ll need to earn a master’s degree of two years in social work that will involve a mix of coursework and clinical practice. If you have any undergraduate major then as a student, you are qualified and accepted for the entry into an MSW program.

Try to find those programs that are accredited by the Council on Social Work Education or by a regional board that is accredited. Still be aware that there are states that will require those who are case workers to be licensed or have certification. Regulations are different in every state, so the best option is to be informed of the requirements for a license from the Association of Social Work Boards.

Choosing a career as a case worker can provide the opportunity to choose the setting for your future job. There is no need to rush, but it is essential to know which specialization you want to go by d then try to find what suits you the most.

You can find a job in many settings that involve the public, as well as the private system. For instance, you can find jobs in hospitals, schools, private nursing homes, LEAs or else known as Local Education Authorities, Health centers, charities and other.

The schedule and the working hours of a case worker will vary according to your job and the position that you are filling. The most common in this profession can be the shifts of working hours, even working at uncommon hours. You can achieve promotion through specialization and a very important feature in this profession is a constant professional development.

Pros and Cons of Being a Case Worker

The best reward that you find working as a case worker is that ability to provide an individual with the right care and solution to finding a way to overcome the obstacles. As a case worker, you’ll find out that you’ll deal on a daily basis with people that have emotional, physical or even financial difficulties.

This career path can be very fulfilling, but there are plenty of opportunities if you are not aware that could lead you to burnout. The factors that will influence you a lot are the tough situations that can be encountered along the way mixed with the paperwork that is being demanded.

Another con besides the stress that can manifest many times with this job is the frustration that might appear since as a case worker you are responsible for the youth or the person you are dealing with. You will have to help them find a job. Then if he or she is a drug addict, you will have to help the youth to renounce to use drugs and achieve the goal that can be imposed by future or present employer.

The employment job growth for a case worker is predicted to be at 19% rate of increase or even higher based on the specialization, according to the U.S. Bureau of Labor Statistics, which is faster than all average occupations in the field. A case worker aid will always be a welcomed one since there are many individuals that are struggling with addictions, mental health disorders or disabilities as well as other issues that are encountered.

There are many states in the United States that will require for the case workers to be licensed. This will involve a master’s degree as well as passing an exam. The salaries in US are influenced a lot based on certain factors. For instance, if you are a case worker then your salary will vary according to the geographic location, your level of education this involving the specialization and the place in which you found a job.

You can find best job states that pay a case worker also in Texas, Rhode Island, New York, Maryland, South Dakota and other.

A case worker salary in United States for the year 2015 varies greatly based on the factors that already have been mentioned earlier but also according to the specialization that one has in this field. The job prospects in this field are best for those who are working with the aging population in the rural environment.

The average income for a case worker in the US, for the year 2016 is estimated to reach at $48,010 per year according to Indeed. You will also find out that there are also other average salaries for jobs with related titles that usually differ. For instance, a family service worker can expect at an average income that gets around $42,010 per year while a community care worker will receive only an average that goes up to $31,010 per year. On the other hand, a licensed certified social worker can expect to earn around $53,010 per year while a licensed master social worker will receive a payment that reaches at $52,010 per year.

A case worker is also seen and described as a social worker. The median income is usually estimated at $42,004 per year, according to the salary data survey provided by PayScale. The starting point in the incomes of these professionals is $30,056 per year, and it can go up to $61,461 per year. The bonuses that are granted tend to reach at $1,956 while the profit sharing can rise up to $6,010. The commission for these professionals tends to rise at $605, this leading in the end with all these benefits added at a total payment that starts from $29,526 per year and climbs up to $61,872 per year.

The national average payment reaches at $41,864 per year. The best regions in which these professionals can find work are in Washington where the total median payment reaches at $54,442 per year, Seattle with incomes that reach at $50,827 per year and other as well.

Based on numerous factors and according to each state the salary of a case worker is estimated to be very fluctuant. More and more people are in need for this kind of help so the job opportunities can be found in a variety of environments so are the specializations that you can achieve. There are always plenty of advancement opportunities.