What is an Allergist? 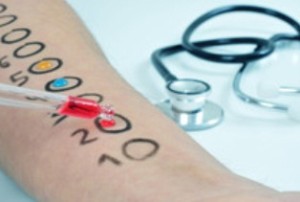 The preparation and the education in this field will enable allergist or as they can be found as well as immunologists to manage a lot of the immune system disorders. We are referring to disorders such as asthmas, autoimmune diseases, eczemas, hay fever, and sinusitis and others.

Job Description of an Allergist

The job of an allergist is to treat those people who are suffering of from various allergies, such as food allergies, hives or even allergies from medication. Some of the allergic reactions such as pollen allergies or even hay fever can be treated with a prescription while others that confront with complex or rare forms of allergies will require extended tests and treatment.

The health services that are provided to patients that are suffering from allergic disorders and allergy associated symptoms find a cure in the hands of these professionals that are known as allergists. The daily duties and tasks of any allergists are to prescribe the right medication and to administer them as well as to perform tests, obtain lab reports, detect any microbial organisms that might appear.

The allergies that these medical doctors are treating can be from seasonal ones such as pollen allergies and up to allergic eye diseases or chronic cough, frequent colds, and many other immune problems. Their work can involve just the children and the allergies they confront with or in other cases they will work with the general population.

The role of an allergist is to detect as well any pathological disease that can be found in patients by performing various types of chemical and biological assessments. As an allergist, you will record all of the patient history, as well as family history, and the environment or the home that could have anything to deal with the allergic condition of the patient. To those patients that are in need, an allergist will also prescribe shots.

An allergist is one of the physicians that has already gained a medicine degree from an accredited institution or university before he truly obtains a professional license.

How to Become an Allergist?

The road to a career as an allergist involves many times years of training and education. In order to become an allergist, you’ll need to complete a four years undergraduate education followed by another four years of medical school. The four years of undergraduate education can be completed at a college or a university. The studies that you have to complete involve classes in English, biology, physics, mathematics, organic chemistry, social sciences and other useful subjects that are related to this field.

Going through four years of medical school will allow you to find out that the first two years of study will focus mainly on certain courses. These courses are biochemistry, anatomy, pharmacology, pathology, medical ethics, and those that involve laws in medicine. Through all the process of learning, you’ll discover a lot of useful information on how to put a correct diagnose on illnesses, how to examine patients and how to perform a medical history.

In the concluding two years of medical school as a student, you’ll start with a clinical part involving caring for patients in various facilities such as hospitals, and clinics. All your work will be performed under the surveillance and supervision of other health care professionals such as other experienced physicians. In this setting, you’ll learn through rotations in internal medicine, surgery, obstetrics, and gynecology, pediatrics, how acute, rehabilitative, chronic, preventive, and other ways of caring are.

The next step after completing the classes in medical school will be to finish classes of an internship. When you think about an internship, it is usually completed in pediatrics or internal medicine in order to become an allergist or as the term refers to an immunologist. The length of an internship is estimated at three years after that comes the residency.

Many of these professionals either internists or pediatrics that want to choose to specialize in allergy or immunology will complete an additional specialty fellowship with the estimated length of two years of training. Then they will have to be certified by the ABAI that is known as the American Board of Allergy and Immunology through passing an examination.

Allergist must keep on to update on medical advancement through continuous education by attending a lot of conferences, seminars, and even workshops. The best way to go by is to make sure that before you even start on this path you’ll get plenty of info about the available accredited schools that will help you complete all the educational process.

Many allergists are self-employed running their own businesses while others will choose partnerships with other medical specialists such as doctors that may practice other medical disciplines. Their job usually consists of regular working hours. They will consume most of their time working in offices.

Many offices are opened during normal business days, from Monday to Friday. Still because of fulfilling some of the general business functions such as marketing or other, working late nights will be something that will not miss from the schedule of an allergist.

Pros and Cons of Being an Allergist

From the beginning, the path to a career as an allergist is the fact that you’ve succeeded to help other people treat themselves. The allergies that appear can be severe, complex or just some regular allergies that come and go with the season. Based on those, people are in need of the aid of these professionals and from this point of view being an allergist is a very rewarding job.

Your abilities and skills will be noticed right away when you are working as an allergist. Your experience can’t remain hidden because there are plenty of people who are dealing with allergies caused by pets, and you’ll see plenty of them coming and sneezing a lot. If you don’t have patience and you are stressed by their sneezing then maybe it’s not a good idea to become an allergist. The training to become an allergist can be very expensive, and many students will end up in debt. Getting into medical school can be a pretty competitive job that will require a great level of knowledge and education.

All in all, you’ll be the one standing and fighting for the lives of others that need your help in the battle against diseases. Seeing the patients overcome illness and going with them through a whole process is one of the best rewarding experiences.

With the number of demanding increasing and with a variety of setting where to choose from the salary of an allergist can be quoted very high. The job outlook in this field can be pretty expected since there was reported a growth in this area.

The employment growth for allergists, for the next ten years, is estimated and projected at 18% rate of increase, according to the U.S. Bureau of Labor Statistics or else known as BLS. The job stability and job opportunities are excellent in this career field, with plenty of settings where to choose from. Growth in jobs for these professionals will continue to increase due to the concentrated number of demanding, also due to the expanding of healthcare-related industries that provide more and more job opportunities and chances.

More and more patients are seeking health in the latest diagnostic tests and various helping therapies. With the number of cases increasing, the job of an allergist is becoming more and more needed. In the US, there are millions of people who report strong cases of allergies and the number is continuously growing, this leading to a great increase in the number of allergists. These professionals are a vital link in the medical field.

The salary of an allergist can be described and take into consideration depending mainly on various economic and geographical factors. The most encountered factors can be noticed according to the gender, the professional and personal experience gained in the working setting, professional qualification and also based on each state.

The estimations made to the median allergist salary in US will clearly show that it varies greatly ranging from $118,010 and up to $184,010 per year. The average salaries for these professionals are estimated to be around $133,453 per year. Those who just started in the working field can expect a starting salary of $109,910 per year that will gradually increase reaching at about $157,010 after some time.

The salaries for a career in the allergy field is also influenced according to the type of employer. An allergist can find jobs in the private or public system. Those who already found a job in the private sector can expect to receive an allergist salary estimated to range from $125,010 and up to $250,010 per year. At the same time, experts hired in the public system in institutions such as hospitals will obtain a salary that is estimated to range between $100,010 and up to $178,010 per year.

Salary of an Allergist in 2015

According to many surveys, the salary of an allergist in 2015 is influenced by factors determined beforehand. These factors include the type of employer, the time duration of the specialization, the location and the professional experience that one has earned during the years of work. The salary will vary according to each state and also according to the skills that were developed and maintained that are very required in this field.

The job growth in this field is highly expected and the median allergist salary in 2015 for those working the medical field can even reach at $187, 010 per year. The estimations in the salary of an allergist for the year 2015 are very good, and there is always a stability that can be encountered in this job since there are plenty of people that dealing with allergies.

The average median income for someone working on a position as an allergist is usually estimated to reach at $166,942 per year, according to the United States, salary data information provided by PayScale. The starting point in the salary of these professionals for the year 2016 is estimated to be comprised between $99,179 and up to $247,442 per year. The granted bonuses for this career reach somewhere at $61,826, this leading at a total payment that ranges between $97,074 and up to $266,184.

The major factors that affect the economic salary view of these professionals are strictly linked with the geographical location-salary varying according to each state and area, from city to city, the type of employment as well as the years of experience in the field.

The years of experience factor has varied considerably, having estimated rates of increase and decrease along the years of work. For instance, an entry-level allergist, with less than five years of practice in the field, will earn around $157,010 per year while one individual with 5 and up to 10 years of work experience will take home around $204,010 per year.

Those who are with 10 and up to 20 years of experience in the field will gain $197,010 per year while those considered to be the veterans in this field with more than 20 years of activity at the working site can expect to gain around $211,010 per year. Other factors that are linked to the geographical location factor that impacts the salaries of allergists are linked with each state’s cost of living and living expenses.

Those who are hired in various physician’s offices and those working in private practices can usually expect at incomes that annually vary between $150,010 and up to $220,010. According to the industry, the income of an allergist will vary from sector to sector. For instance, those individuals that are hired in hospitals receive an income estimated between $80,010 per year and up to $200,010 per year. Those working in medical offices gain between $125,010 and up to $240,010.

Allergist Salary in Canada, Australia and the United Kingdom

The working stability that this job provides will take you to the idea that these professionals are a benefit for the entire healthcare industry. People are always in the need for allergists that help them overcome and face the difficulties trials of allergies.